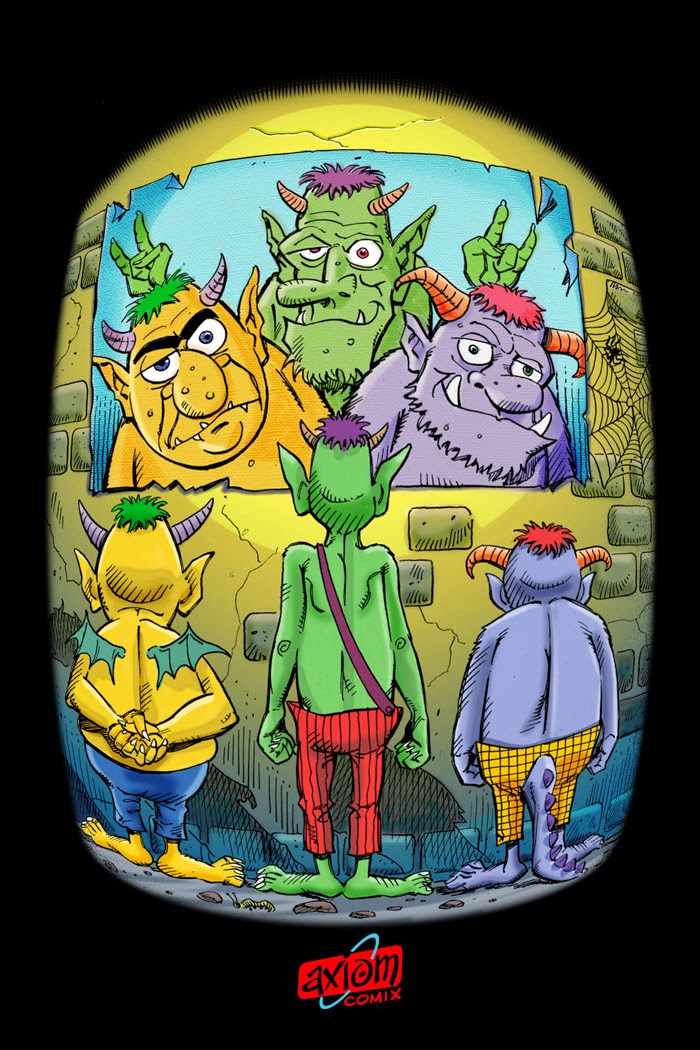 Here's the back cover of the 1st issue with logo added ( I decided I liked the blue ellipse after all). So there you have it, the evolution of the Axiom Comics logo.
Posted by Pete McDonnell at 12:14 PM No comments: 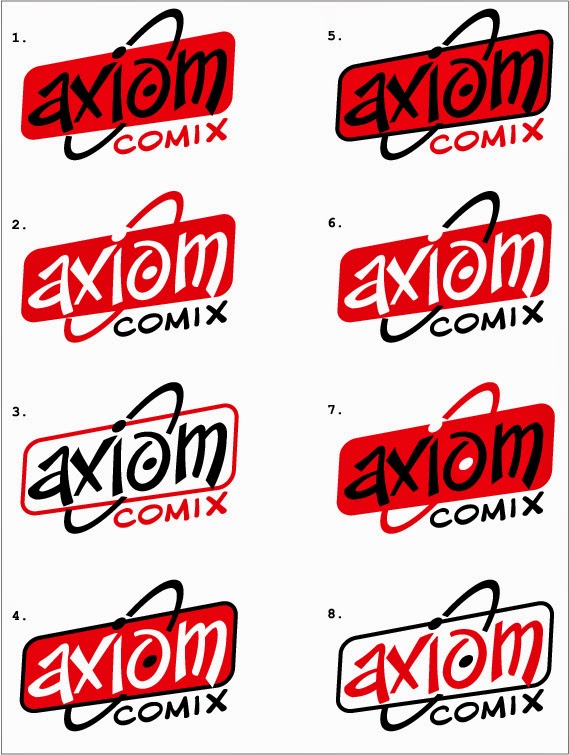 Now that I had my red & black & white pallette (ditching the blue color for simplicity sake), I went to town on the logo. Here are 8 different looks, switching colors, trying out a whole range of possibilities.
Posted by Pete McDonnell at 12:08 PM No comments: 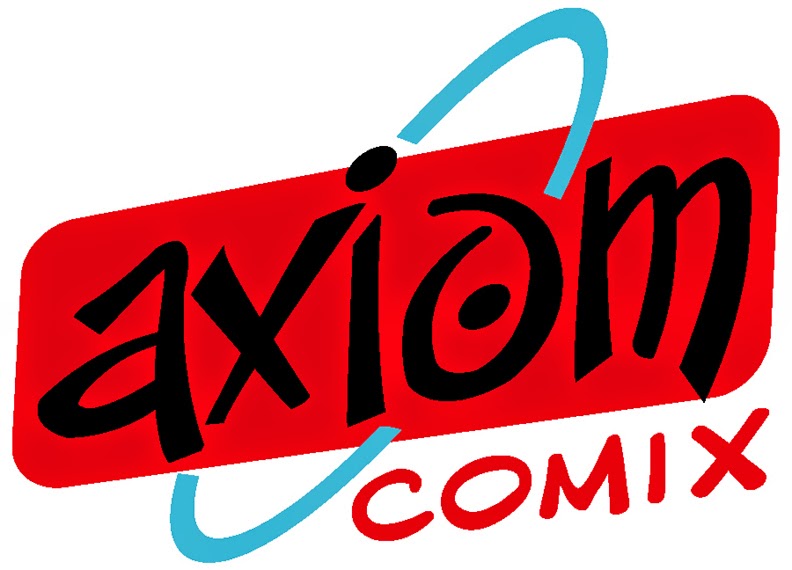 After I decided on the style I then realized that, although I liked the logo as is, it lacked a certain spiffiness. I tilted up the letters on an upward angle, skewed them forward, gave it a rounded-edge red backdrop, and changed the 'comix' color to red. Now we're getting somewhere!
Posted by Pete McDonnell at 12:03 PM No comments:

Mock-ups of the 'Axiom' design.

After deciding that the name Bison was not working and realizing I liked the name Axiom a whole lot (and not wanting to waste more time on the selection process), I played around with lettering styles and colors using the Axiom name. Row A (top) used an ellipse as a framing around the 'X'; it looked OK, but I wasn't sure about the lettering style and emphasis on the X. The 'OM' also looked a bit like an after-thought. Row B (bottom) had an all-lower case lettering style, and the ellipse seemed to work better because it used the right-slash of the 'x' as a follow-through, and it also lined up nicely with the dot over the 'i'. I then added the dot in the middle of the 'o', similar to the top row. The blue ellipse was dead-center behind the title, which I liked as a framing device.
Posted by Pete McDonnell at 11:54 AM No comments:

My "Publisher" required a logo design, which I commissioned and I was happy to supply. The first thing I needed to do was settle on a name. I started with one of my favorite 'A' words, Axiom (a self-evident or universally accepted truth). Drew some ideas. The next letter was "B' so I looked around for a word; for some reason I thought Bison would make a good name. Now I'm not sure why I thought that.


Posted by Pete McDonnell at 11:42 AM No comments: 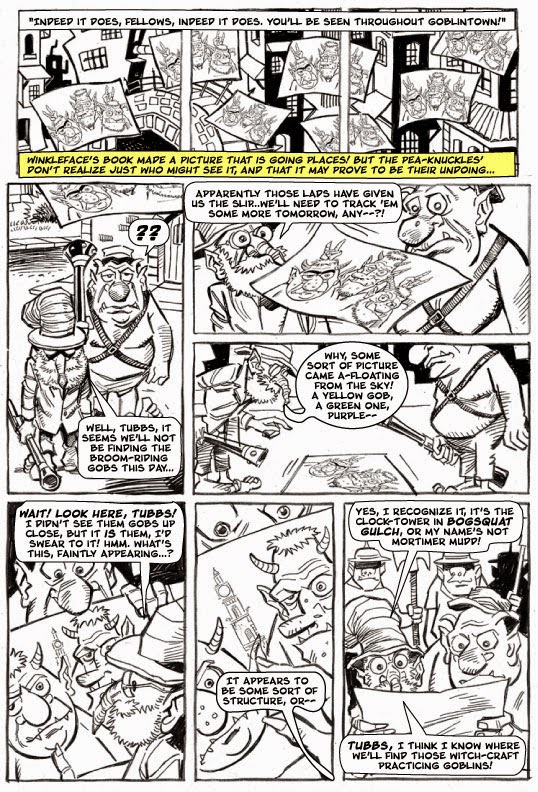 OK, lucky page 13, nine panels. I drew and inked this in December of last year. I had decided my Xmas gift to myself was to finish the 2nd issue. HA! This is where I ran out of gas. I just sold a copy of issue #1 on Ka-Blam, made $1.65. Just getting that e-mail notification of the sale was enough to put some wind in my sails. I was grateful that somebody took a shot and bought a copy, now I have some motivation to keep truckin' on this.
Posted by Pete McDonnell at 11:08 AM No comments:

I'm just thinking out loud, here...I noticed it took me almost 5 months to post a new page. At this rate I'll be done with the 2nd issue sometime in 2025! I need to knuckle down, get past the creator's block that's plaugein' me. Discipline, old boy, discipline.
Posted by Pete McDonnell at 12:36 PM No comments: