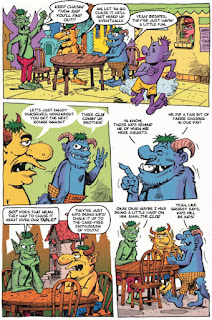 I have recently started re-coloring the hair on these guys, after deciding that Stilt's hair needed to be purple and Gnash's red; that's so you can tell them apart...!
Posted by Pete McDonnell at 12:33 PM No comments: 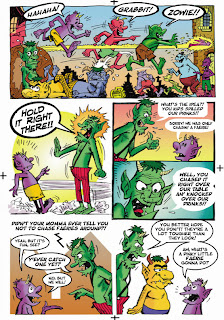 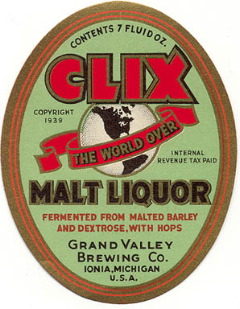 The irascible Stilt has to lay down the law after some careless kids have chased a faerie over their table and knocked everything over. Especially the drinks! The Gobs drink of choice is called Clix Elixer.
A little family history: Clix was the name of a malt liquor made in Ionia, Michigan by my grand uncle, Clarence "Click" Koerber, who owned the Grand Valley Brewing Company. According to Wikipedia, he is credited for having invented malt liquor in 1937 and he received a patent for it in 1947.
Posted by Pete McDonnell at 12:08 PM No comments: